Newest, beautiful, single women now added for week of Wednesday, 30 November, 2022 - Tuesday, 6 December, 2022
Your opportunities here are truly worldwide. Explore our site deeply to see how you can realize that!

Colombia | The Second Most Biodiverse Country in The World 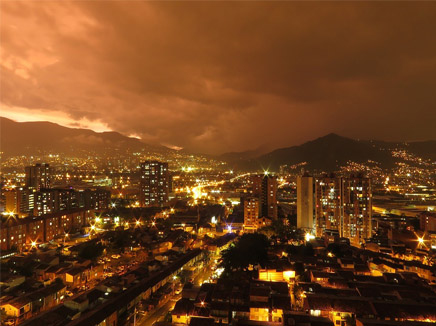 Trace back the history of Colombia and discover why it’s a great place for romance.

Officially known as the Republic of Colombia, Colombia is a beautiful nation located in the northwestern part of South America. It was named after the prominent pioneer Christopher Columbus. To understand better, here’s a brief history of Colombia that you need to know prior to visiting or finding love in the said country and marrying a Colombiana.

Colombia has a rich history which is worthy enough to be known worldwide. It was inhabited by indigenous people many years ago. It was in 1499 when the Spaniards set their first conquest in the beautiful land. The Spaniards called the land as the “New Kingdom of Granada” and soon renamed “Santa Fe de Bogota” as its capital city.

The Spaniards explored the region in 1500 and began colonizing Colombia soon after Santa Marta was founded in 1525. It was followed by Cartagena in 1533, the New City of Granada in 1535, and Cali in 1536. Due to the importation of slaves from Africa which brought European diseases like smallpox, the indigenous people slowly decreased in number.

The Spaniards’ colonization lasted from 1525 to 1808. The Spanish actually tried to reconquer the area in 1815-1816, but Simon Bolivar defeated them at the battle of Boyaca. Although pro-Spanish resistance continued until 1822, Colombia gained independence in 1819. A new nation, then, was formed consisting of Colombia, Panama, Venezuela, and Ecuador. It was called the Republic of Colombia.

Though unstable, the Republic of Colombia was created with a constitution adopted in 1821 by which Simon Bolivar was elected as the very first president. But due to regional differences, the new nation was broken up. Simon Bolivar became a dictator in 1828, but unexpectedly, he resigned in 1930 leaving Colombia and Panama being separated from Ecuador and Venezuela.

After then, eight civil wars took place in Colombia in the 19th century, making it a troubled country. By 1849, two political parties arose. The first party is conservative which represented the landowners and the Catholic church. The other one is the liberal, which represented the merchants and the craftsmen. Because of such parties, political instability continued until the late 19th century. In 1899, a horrifying war happened. It was a battle called the War of a Thousand Days. After the war, Panama broke away from Colombia and started to become an independent nation.

In the early 21st century, Colombia became a peaceful and developing country. Exports of products such as coffee started to increase. The situation in Colombia has improved a lot. Its economy grew rapidly. Poverty and unemployment also declined. Just like the rest of the world, Colombia is gaining popularity due to its rich history, culture and traditions, and tourists spots, making it the second most diverse country in the whole world.

One of Colombia’s most visited cities is Medellin. People started to flock in Colombia and in the said city to enjoy and at the same time find love among lovely Latina women. If you, too, are interested in searching for a possible match abroad, Medellin, Colombia is one great place to journey. For an easier search, sign up on our site and avail our most commended services. 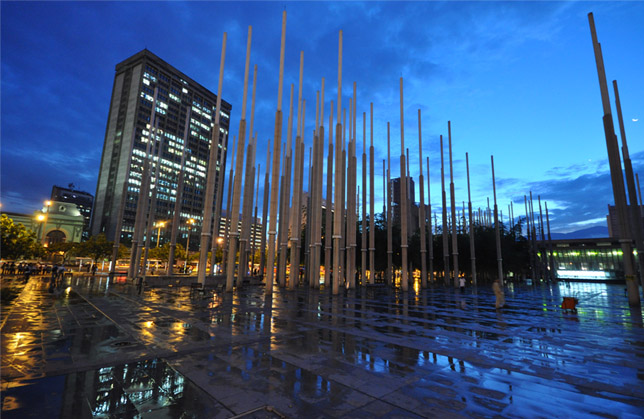 Discover the rich history of Medellin and the reason why it should be on your travel bucket list.

Now, it’s time to learn the Medellin, Colombia history too and the reasons why it’s finest beautiful Latina women are worthy of marrying.

Medellin city and its women have become popular around the world because of a simple dedication to change and move forward. Though it was quite complicated, Medellin’s history and the story of how it changed through time touch the hearts of many people across the globe.

Over the years, Medellin was just a valley where most of the historic events in Colombia have taken place. It was in the Heliconia valley to be exact. Spanish explorers then traverse the territory and reached the plain that is now well-known as Aburra Valley. The Spaniards actually named the place as Valley of Saint Bartholomew but later changed to Aburra which means “painters”. Aburra came to life because of the textile decorations by the native people.

The Spaniards first arrived in the Aburra Valley in 1540’s, but Medellin city was founded in 1616. Then, Spanish people divide the land into small haciendas. There, they started to live life while dominating Colombia.

In 1980’s, Medellin became the capital of some underground businesses during the reign of Pablo Escobar. From then on, Medellin city’s economy faced an enormous blow with so many political disputes and struggles. In 1825, Medellin city then became the departmental capital. After the death of Pablo Escobar in 1993, Medellin had become one of the safest and most beautiful cities in the entire Latin America. Since then, Medellin has continued to flourish from time to time.

The growth of the city only started at the beginning of the 20th century. That includes the rise of a surge in coffee production and the arrival of the railroad system. This development helped the city become beautifully captivating. Textile industries have come to grow in number. Later on, Medellin turned into a large metropolitan city and became the second largest city within Colombia.

From its dark past, Medellin has gone through an amazing transformation. Before, it was known to be a dangerous city. But it’s innovation has made the city a tourist spot. People in Medellin then, take pride in their city and it can be seen through their welcoming personality.

Today, this city is truly safe and worth-visiting. Countless tourists have been dying to travel in Medellin due to its fascinating destination spots and its finest Latina women. Thus, Medellin tourism is now flourishing and is continuing to improve its city.

Newest, beautiful, single women now added for week of Wednesday, 30 November, 2022 - Tuesday, 6 December, 2022
You have to meet the women to marry them! What other international dating site offers you numerous opportunities to do that?

Is there any REAL reason to wait?
It's FREE, instant and without obligation to register NOW!

It’s the first step in possibly the most rewarding romantic adventure of your lifetime!